Safety is at the forefront of our solutions

We charge only for the services you need while keeping our operating costs low to pass along the savings. Streamlining the efficiencies of healthcare environments.

At Sanpro, our goal is to provide your facility with unparalleled convenience, professional customer service and affordable solutions for your medical waste. We understand the increasing need and focus on reducing the overall impact of medical waste in the environment.

We help you comply with all OSHA and Environmental Protection Agencies. Sanpro is committed to providing quality medical waste pickup options, in addition to training and eduction of your staff for the safe and legal handling of medical waste.

The most secure and ecologically friendly medical waste disposal system

We safeguard both workers and patients when managing and disposing of sharps waste, and we are considered as one of the world's safest sharps containment organizations.

We help reduce expenses significantly through tailored scheduling and bigger container options for volume efficiency. Our goal is to reduce your overall costs by a minimum of 30%.

Safety is our number one priority. We supply secure and efficient pick-up containers. Our experienced staff will handle containers to prevent spills and unwanted access.

To contribute to a reduction in overall waste, we provide reusable containers to minimize the amount of plastic and cardboard that ends up in our landfills.

Save time and labour by choosing Sanpro medical waste disposal. We offer a wide range of accessories and services to ensure safer handling at point of care.

Avoid the risk of OSHA fines by working with a qualified medical waste disposal partner like Sanpro. It’s why we work so hard to create easy to use, easy to understand services and training programs.

Sanpro is a licensed national business-to-business services company. We specialize in medical waste management, treatment and disposal of biomedical waste. Sanpro collects, transports and destroys medical waste, sharps, pathological and pharmaceutical waste across the United States. Our continued focus and commitment to regulatory compliance ensures we follow all state and federal regulations that pertain to the management of medical waste.

As one of the leading national providers of medical waste disposal services, we focus on protecting people and maintaining all safety requirements for the environment from the risks associated with biohazard waste collection. We understand the increasing need and focus on reducing the overall impact of medical waste in the environment. Our team stays up to date on all policies and regulations around the environmental impact to ensure continued sustainability across all solutions.

At Sanpro, we look to develop partnerships that last a lifetime. Our customer focused ethos is what we pride ourselves on and through this approach we maintain a high level of satisfaction for all customers we serve. Our systems oriented approach prioritizes safety, a reduction of sharps injuries and a team of experts dedicated to innovative solutions. You can be certain that you have chosen an experienced medical waste disposal company with up-to-date knowledge, flexible scheduling, and regulatory waste competence that you can rely on.

Want To Save Big On Your Next Pick Up?

Get A Quote Now

We Service Thousands of Facilities Across the United States.

Sanpro has been providing customized medical waste solutions and management services in the United States for over 25+ years. We have a breadth of knowledge and experience that is unparalleled. Our services range from biomedical pick-up to OSHA compliance training for all facilities we work with. Our team prides itself on becoming the perfect partner for your business while tailoring solutions designed to help you save money and maximize efficiency.

Our process involves a thorough and detailed assessment of your facilities wants and needs to ensure safety & reliability. Our systems oriented approach prioritizes safety, a reduction of sharps injuries and a customer focused team dedicated to innovative solutions. Sanpro holds itself to the highest standards of environmental sustainability and infection control risk reduction. Over the last 25 years, we have collected over 85,000 pounds of medical waste while helping customers reduce their bills by an average 35%. We have served over 4,300 happy customers and counting and our solutions are available in 45 states across the US. Additionally, Sanpro offers comprehensive education plans and compliance training to ensure your staff is protected and your facility’s risk exposure is minimized. 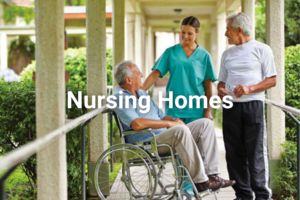 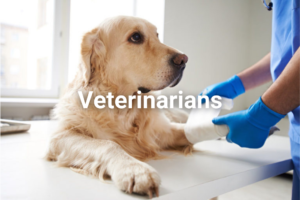 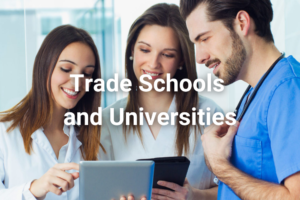 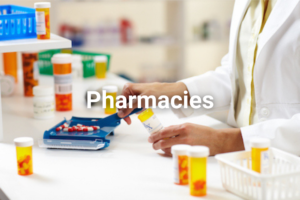 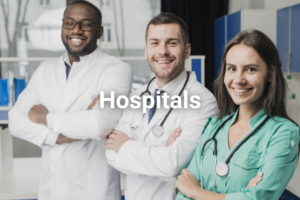 Our company has only been using Sanpro disposal for 1 month but i can already say switching to them was one of the best decisions we've ever made. We were having a lot of issues with our previous medical waste company...unexplained price increases, bait and switch tactics when trying to negotiate a new contract and very poor customer service. Sanpro offered us great pricing. They have been wonderful to deal with! i would definitely recommend to this company to anyone looking for services include medical

I was having trouble looking for medical waste disposal and I looked-up Sanpro. My sales Rep. was excellent! Zev patiently and effeciently explained all aspects, and rapidly got the Service Agreement going.Thanks Zev!

Super impressed with Amanda and how helpful and responsive she is! Answered all of my questions thoroughly and got my account up and running in no time! Looking forward to our continued partnership.

What Type of Institutions are Regulated?

In 1987, two major beach closures occurred along the coast of Monmouth / Ocean County, New Jersey. This is the result of washing away medical waste and other buoyant debris, the cause of which has not been identified. Subsequent excisions contained little or no medical waste, but the image of a syringe in the eyes of the general public was not immediately forgotten, and the strict federal law 1988 Medical Waste Tracking Act. (MWTA) was enacted. Under MWTA requirements, the US Environmental Protection Agency (EPA) is required to: 1) List the types of medical waste to be tracked. 2) Development of a unified cradle to graveyard tracking system. 3) Set standards for isolation, packaging, labeling, recording, and reporting as part of the traceability system. 4) Consider a small follow-up tax exemption for producers of regulated medical waste (RMW) under $50 per month.

As a result of these and other Atlantic shore washouts, a strict RMW disposal law based on MWTA was enacted in New Jersey. This has also raised public awareness of the proper management and disposal of RMW. Currently, approximately 20,000 RMW generators in New Jersey dispose of an estimated 89,000 tonnes of RMW annually. New Jersey Medical Waste Regulations at N.J.A.C. 7: 26-3A, Federal EPA regulations governing RMW interstate transport and US Department of Transportation regulations ensure that RMWs continue to be processed safely. These measures rarely generate inappropriate or unsafe medical waste.

In New Jersey, RMW is a contaminated animal that includes the culture and stock of biological substances associated with infectious pathogens, human pathological waste, human blood and blood products, needles, injectors and sharpeners, and corpses. It consists of several classes, including waste from high-grade patients and isolated waste from high patients. Grade infectious disease. Each of these classes of RMW needs to be treated (to kill pathogens or disease-causing organisms) and destroyed (crushed or chopped into small undetectable pieces) before being disposed of in an approved solid waste treatment facility. there is. Such treatment and destruction may be performed using autoclaving, incineration, or alternative treatment techniques (microwave, chemical disinfection, electric heating, steam heat treatment, etc.), depending on the type of waste approved by New Jersey. I can do it. According to N.J.A.C., Environmental Protection Agency and New Jersey Department of Health (NJDOH) 7: 26-3 A.47.

Currently, there are no commercial processing and destruction facilities in New Jersey to process RMW. The rest of the RMW will be shipped overseas to a licensed facility. NJDEP works with NJDOH to N.J.A.C. Directs medical care based on RMW regulations. 7: 26-3A (RMW Regulation)
The goal of the RMW program is to protect healthcare providers and workers, waste carriers, waste collectors, and the general public from the potential health risks associated with RMW. is. The Department of Environmental Protection and the Department of Health and Elderly Services share responsibility for managing this program.

For further information on the disposal of medical waste please feel free to contact the New Jersey Department of Environmental Protection’s Regulated Medical Waste Section in the Division of Solid and Hazardous Waste Management at (609) 984-6620, or email us at dshweb@dep.state.nj.us. You may contact the New Jersey Department of Health’s Consumer, Environmental and Occupational Health Services at (609) 826-4941. Additional informational documents are provided below: https://www.state.nj.us/health/phss/sanitation.shtml#medical.